Hit The Water For Easter Scorcher 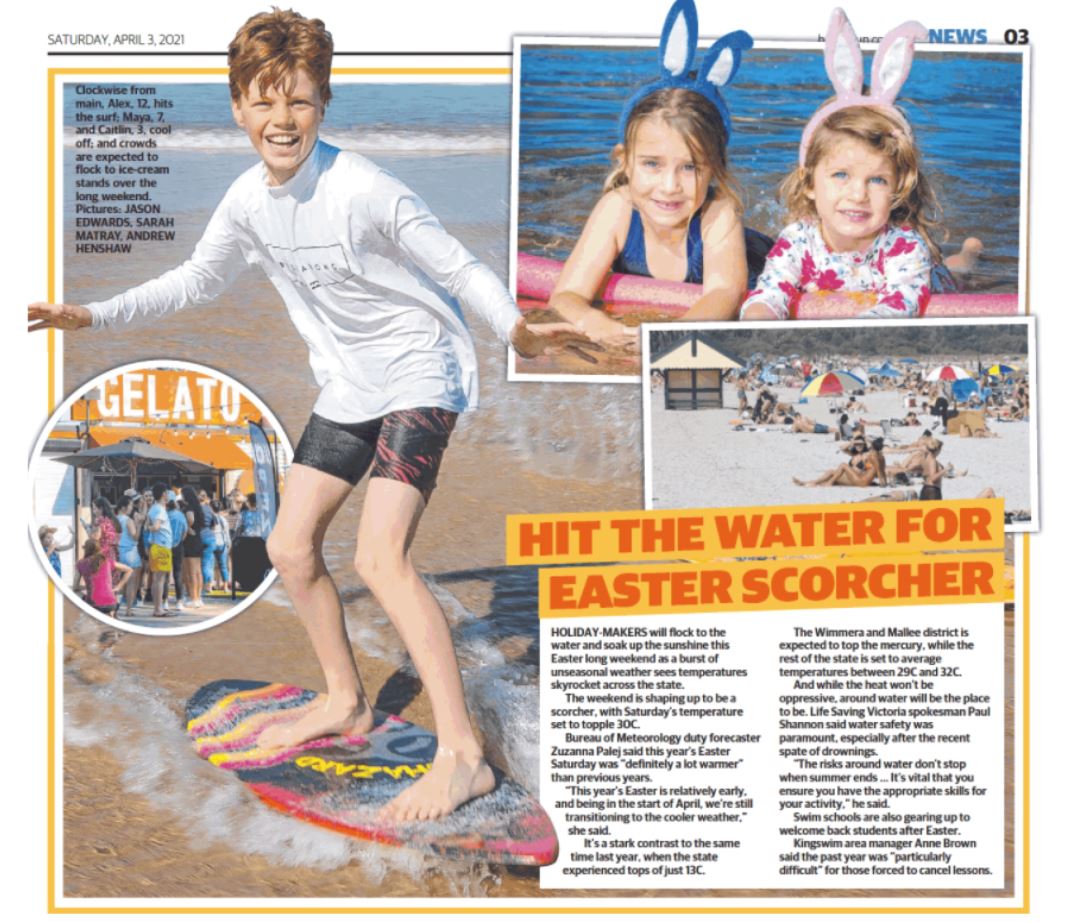 HOLIDAY-MAKERS will flock to the water and soak up the sunshine this Easter long weekend as a burst of unseasonal weather sees temperatures skyrocket across the state.

The weekend is shaping up to be a scorcher, with Saturday’s temperature set to topple 30C.

“This year’s Easter is relatively early, and being in the start of April, we’re still transitioning to the cooler weather,” she said.

It’s a stark contrast to the same time last year, when the state experienced tops of just 13C.

The Wimmera and Mallee district is expected to top the mercury, while the rest of the state is set to average temperatures between 29C and 32C.

And while the heat won’t be oppressive, around water will be the place to be. Life Saving Victorian spokesman Paul Shannon said water safety was paramount, especially after the recent spate of drownings.

“The risks around water don’t stop when summer ends…It’s vital that you ensure you have the appropriate skills for your activity,” he said.

Swim schools are also gearing up to welcome back students after Easter. Kingswim area manager Anne Brown said the past year was “particularly difficult” for those forced to cancel lessons.