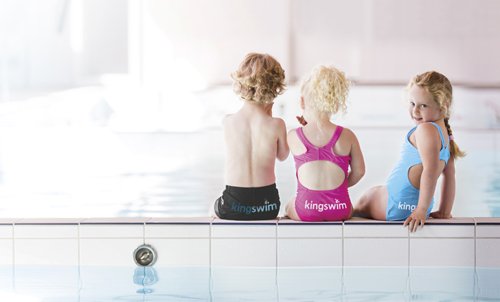 Receive a free pair of bathers!

Enrol now. From tiny tots through to big kids.

10 Fun and Interesting Facts About Swimming

Swimming is incredibly popular as a competitive sport, but is also an enjoyable activity all round, so it’s no surprise that there are lots of fun and wonderful swimming fun facts. Read on to learn some of the most interesting facts to learn about swimming!

Here’s one of the most impressive swimming world records! The world’s longest swim was performed by Slovenian Martin Strel in 2007, who swam a total distance of 5,256km along the length of the Amazon River in South America. Strel holds four Guinness World Records, for not only swimming the Amazon River, but also the Yangtze River in China, the Mississippi River in the United States, and the River Danube in Europe, for a combined total of 16,072km!

2. Swimming is Australia’s most popular sport

In 2018, research showed that swimming was identified as Australia’s most popular sport. At that time over 6 million Australians swam either regularly or occasionally, and that’s a big number! Furthermore, the popular sport is backed by solid evidence that swimming teaches kids not only to be safe, but to stay active and healthy throughout their life. It’s always a good idea to start building good habits early, learn more about our baby swimming lessons and how our team can help guide the process.

You may have seen that professional swimmers (as well as cyclists) shave the hair off their bodies, with the belief that it reduces water/wind resistance and can therefore increase their speed. Science actually agrees with this, as shown in a study in 1988.

The world’s largest swimming pool is located at a resort named San Alfonso del Mar, situated west of Santiago in Chile. The pool is 1,013m long and contains around 250 million litres of water, giving it an area of around 8 hectares/20 acres. Seawater is pumped in from the Pacific Ocean then filtered and treated before making its way to the pool.

The record for holding one’s breath for the longest time was set by Croatian man Budimir Šobat on March 27 2021, with a time of 24 minutes and 37.36 seconds, beating the previous record by 34 seconds.

Flippers were invented by Benjamin Franklin, one of the Founding Fathers of the United States in the 18th century. Franklin loved to swim, and at a young age he created paddles that could be attached to his hands which would help to propel him faster through the water; he also made flippers for his feet but was dissatisfied with them.

7. Youngest swimmer at a world championship

Some inspiration for our future swimmers! In 2015, 10-year-old Alzain Tareq became the youngest ever competitor at a World Championships in Kazan, Russia, when she swam in the 50 meter butterfly heats. Check out our graduate swimming lessons to learn the advanced skills to become a professional swimmer.

Ever wonder what muscles you are using when swimming? Well, long story short – it’s almost all of them! From your shoulders, to hips, to hamstring and calves, swimming is a fantastic way to work close to up to 50 muscles at a time.

Famous Australian swimming and gold medal athlete Ian Thorpe won 5 medals during his career in The Olympic Games. Nicknamed “Thorpey”, he was the youngest gold medalist at the World Championships, and currently holds 22 world records in swimming.

Japanese woman Mieko Nagaoka set a record in 2015 for being the first 100-year-old to complete a 1,500m freestyle swim in a 25m pool. This was an amazing feat given that Nagaoka only started swimming when she was 80 years old, in order to help recuperate from a knee injury. It’s never too late to learn how to swim! Find a location near you to join our Adult swim classes.

If you’re interested in jumping in the pool or helping your kids break World Guinness Records, we have swimming lessons for any level. Contact us today for all the information.