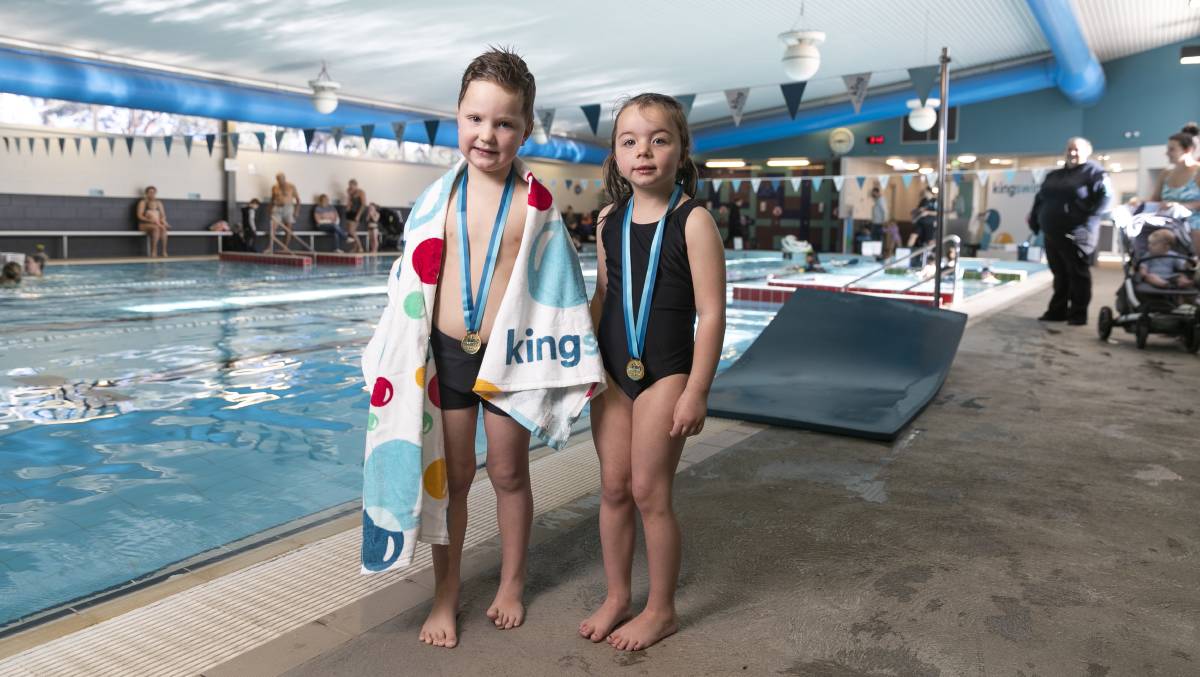 Canberra’s children are flipping out over the Tokyo Olympic Games at Kingswim’s green and gold week and they’re getting their own medals to take home.

Canberra’s children are flipping out over the Tokyo Olympic Games at Kingswim’s green and gold week and they’re getting their own medals to take home.

Titmus has led Australia’s charge in Japan, winning the 400 metres and 200 metres freestyle events, while Stubblety-Cook added his name to the list of champions when he won the 200 metres breaststroke.

Australia has won five gold medals in the pool so far and it’s hoped more will follow before competition finishes on Sunday.

Kingswim will also wrap up its pool events on Sunday after encouraging children like Emily Marks and Max Gunn to swim a lap of the pool to win their own medal and they even get to stand on a makeshift podium.

“I think it really gets the kids excited for their own hopes and dreams,” Kristy Marks said.

“Getting to watch the Olympics and then getting their own medal shows they could do that one day.

“[Emily] hasn’t taken it off. Everywhere we go people ask her about it and it has started a lot of conversation.”

Every swimmer who completes a lap of the pool this week is being presented with a green and gold champion medal.

Australians have been caught on the Olympic wave for the past week and young athletes will be eyeing their shot at glory in 2032 after Brisbane won hosting rights for the Games.

“You can’t not get excited, its a feverish thing,” Kingswim instructor Michelle McDonald said.

“[The medals] encourages our young swimmers to go beyond what they’re capable of doing.

“It has made so many of our swimmers try harder, they have been watching the games and they come back here going I watched this, and they try so much harder and they’re improving every time they come.”